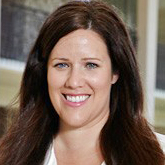 During the first three years of Coach Walker’s tenure, injuries have played a big role in the derailment of the success of the Royals on the court.  Sweeps against Arizona Christian and William Jessup at different points in GSAC play have been the highlights of the last three years.

Most of her coaching expertise comes from working with the 951 Elite Volleyball Club- one of the premier volleyball clubs in the Inland Empire.  After spending two and half years working with the 17-2 team including as the head coach for 7 months, Walker is currently the Head Coach of the 15-1 team while serving as the assistant on the 18-1 team.  Off the roster of her 17-2 team, five girls have gone on to play college volleyball including one at a NCAA Division I school.  Even with the head job at Hope International, she continues to coach with the 951 teams.

In the high school ranks, Walker coached two seasons as the varsity coach at her alma mater Redlands High School.  In her final year, she led the Terriers to a 14-10 record that included a trip to the CIF playoffs.  Her dad, Jim Walker, has been the head football coach at RHS since 1992.

Prior to coaching at RHS, Walker spent a year coaching varsity at Martin Luther King High School in Riverside, CA.  The Wolves finished 13-12 while also advancing to the CIF playoffs under her care.

Walker spent her final three collegiate years playing for the University of Redlands.  She left her mark on the Bulldogs’ program as she finished fourth all-time in career assists with 1,363.  Her placement so high on the all-time list is made even more impressive knowing she split her first two years as an outside hitter and setter.  Her 722 assists as a Senior rank fourth all-time in a single season at UR.  With Walker running the offense, the Bulldogs advanced to the Regional Finals for the first time in school history in 2006.

She began her college playing days at Cal State San Bernardino.  As a member of the Coyotes, they reached the NCAA Division II National Semi-Finals.

Educationally, Walker earned a Bachelors of Arts in History from the University of Redlands in 2007.