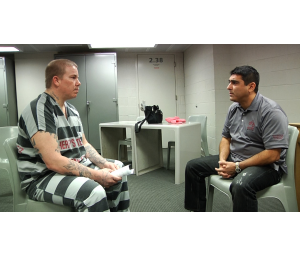 Roger Munchian has an amazing story from the jail cell to the pulpit. Roger says that during his incarceration at Lewis Prison back 2003 he developed a passion for reaching the lost and forgotten in the jail system. This vision came true when Roger and a friend started ‘Life Changing Prison Ministry’ in 2005. This happened shortly after he was released from prison. In 2010, Roger joined his ministry with his home church, Christ’s Church of the Valley in Peoria, Arizona. Together they started a non-profit and named it, Rescued Not Arrested. Rescued Not Arrested is a ministry that provides hundreds of church services, one on one mentoring, and dozens of inmate baptisms each month in Arizona state jails.

As an institution of higher education, Hope International University encourages a culture of intellectual inquiry and open discussion on topics that may be considered controversial.  Please be reminded that the views and opinions stated by guest speakers do not necessarily reflect the position of the University.