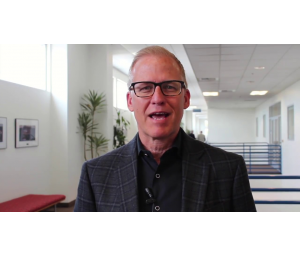 Gene Appel, senior Pastor of Eastside Christian Church, a multi-site church in Anaheim, CA, and Park Rapid, MN, began his ministry as a 20-year-old intern at Eastside. After moving on to pastor of the two largest churches in the nation – Central Christian Church, Las Vegas, NV and Willow Creek Community Church, South Barrington, IL – he returned to lead Eastside into its next dynamic chapter. Since that time, Eastside has experienced rapid growth. In 2013 and 2014, Eastside was named among the 100 fastest growing churches in America. Following in the footsteps of his late father, a pastor and Christian leader, Gene sensed God’s call on his life to ministry at an early age. He received a B.A. degree in Preaching Ministry from Lincoln Christian University in Lincoln, Illinois and has done additional graduate work at Lincoln Christian Seminary and Hope International University, who has conferred upon him an honorary Doctor of Divinity.

As an institution of higher education, Hope International University encourages a culture of intellectual inquiry and open discussion on topics that may be considered controversial. Please be reminded that the views and opinions stated by guest speakers do not necessarily reflect the position of the University.