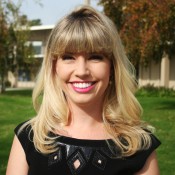 Dr. Boyd is an elder at the First Presbyterian Church of Orange, where she also organizes the Windjammers Fellowship Group. She is a season ticket holder at the LA Opera and the San Bernardino Symphony. Dr. Boyd enjoys scrapbooking, attending plays, and informally debating. She reads widely, most frequently favoring works on Imperial Russia, Christian lifestyle books, and advice columns. Dr. Boyd’s favorite delight is to spend time with her husband, Jon, and their orange and white cat, Shelby. Dr. Boyd is a huge fan of public radio, especially Classical KUSC, and public libraries.

Always a fan of properly placed semi-colons and evocative prose, Dr. Boyd offers informal editing for the Lampas Yearbook at Hope. She also enjoys serving in the undergraduate mentorship program.

As an instructor at Hope, Dr. Boyd insists upon, and celebrates, the marriage of faith and intellect in academic pursuits. Her mission is to create an encouraging and challenging environment for students to explore great literature (and thus, ultimately, the world) through the lens of Christian faith.

For I am convinced that neither death nor life, neither angels nor demons, neither the present nor the future, nor any powers, neither height nor depth, nor anything else in all creation, will be able to separate us from the love of God that is in Christ Jesus our Lord. Romans 8:38-39